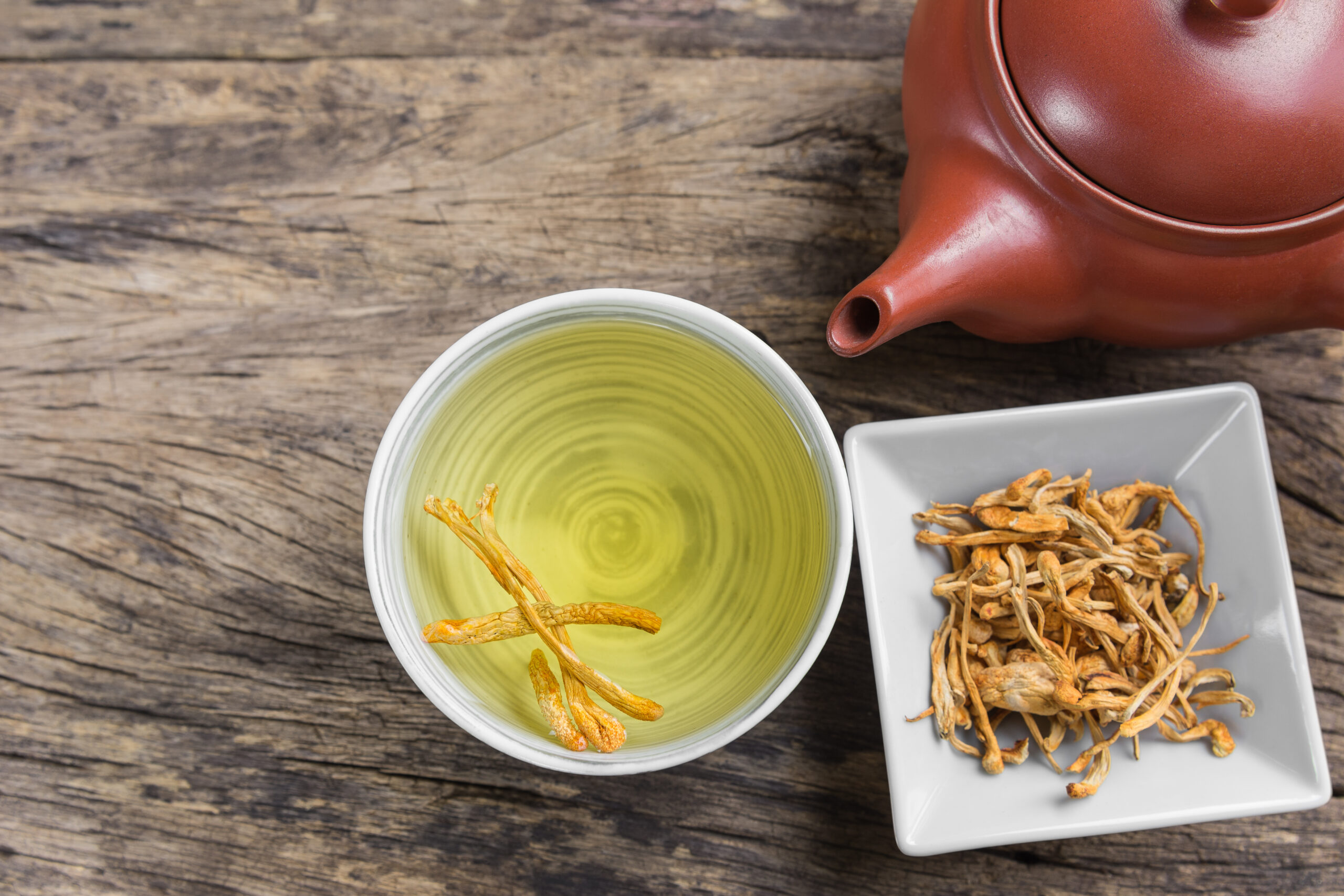 “I just feel so tired all of the time. What can I take to give me more energy?”

A few months ago, I caught up with one of my family friends. Let’s call her Mona. We had not spoken in awhile, and since the last time we connected, Mona had been diagnosed with Lyme disease. As an Integrative Health Pharmacist, she asked my opinion about what she should do regarding her lack of energy.

As an adaptogen, cordyceps is a functional mushroom, like reishi, lion’s mane, chaga, that supports and enhances the body’s ability to regulate its response to stress from external factors. Although these mushrooms are not psychedelic and will not elicit magical out-of-body-experiences, they are known for their unparalleled nutritional and medicinal properties; in particular, cordyceps is associated with boosting energy and increasing stamina.Historically, its benefits paired with its rarity in the Himalayan mountains made it a precious commodity reserved for royalty and noblemen

Recently, cordyceps has become one of the most sought after herbal supplements among athletes. However, it is not new in certain countries, like China, that have been put under the microscope for their use of ‘unconventional’ doping strategies, including the use of cordyceps. This is likely due to cordyceps’ ability to increase the body’s production of adenosine triphosphate (ATP) in the mitochondria, thereby enhancing sports performance due to more fuel reserves. In particular, animal studies have compared cordyceps with other medicinal mushrooms(like reishi and lion’s mane), to differentiate their abilities to influence exercise capacity. Those administered cordyceps or reishi demonstrated anti-fatigue activity; they outperformed their counterparts in endurance levels as well as in lactate dehydrogenase (LDH) activity, meaning that they were able to more readily convert the glucose from food into usable cellular energy. Preliminary results such as these involving key components related to exhaustion call for future studies in humans to understand cordyceps as a tool for relieving fatigue.

But, the benefits of cordyceps are not only for athletes. A study presented at the American Physiological Society reported that of the 131 non-athletic participants who were given a cordyceps mushroom extract for three months, the vast majority experienced a rise in their aerobic capacity; this was shown in their ability to shave 29 seconds off of their mile time. Another study that investigated the use of cordyceps in non-athletes with 20 elderly participants who took cordyceps or placebo for three months. Through evaluating physical and laboratory tests, it was determined that Cordyceps showed a statistically significant improvement in exercise performance and that it was a contributor to overall wellness.

When evaluated in clinical studies, cordyceps has demonstrated an ability to decrease the amount of stress put on the heart, thereby promoting optimal heart function. Nagata and colleagues uncovered that a beverage containing cordyceps was effective in improving cardiovascular responses in healthy human runners. This study has since been supported by recent research revealing cordyceps’ impact in lowering hypercholesterolemia and hypertension. Moreover, in an animal study, those that received two weeks of cordyceps supplementation during repeated weight-loaded tests displayed a delayed onset of fatigue, while those that received placebo did not exhibit a change; when extrapolated, this indicates the potential use of cordyceps for utilizing energy efficiently and preventing premature fatigue. The range of studies discussed demonstrate that whether you are an Olympian, exercise newbie, or somewhere in between, cordyceps could be a beneficial addition to anyone’s routine.

Now, back to Mona. The incredible health advantages and rise in popularity of cordyceps in western society left her unequivocal in her decision. She said she had heard of it before and could not have been more excited to try anything to help improve her energy levels.

Fast forward to a few days ago when I checked in with Mona. She told me that she could not believe that simply adding one thing to her routine made all the difference in reducing her persistent fatigue. Thanks to the almighty cordyceps.

Nagata A, Tajima T. Anti-fatigue effectiveness of Cordyceps sinensis extract by the double-blind method. Hiro to Kyuyo no Kagaku. 2000;17:89–97.