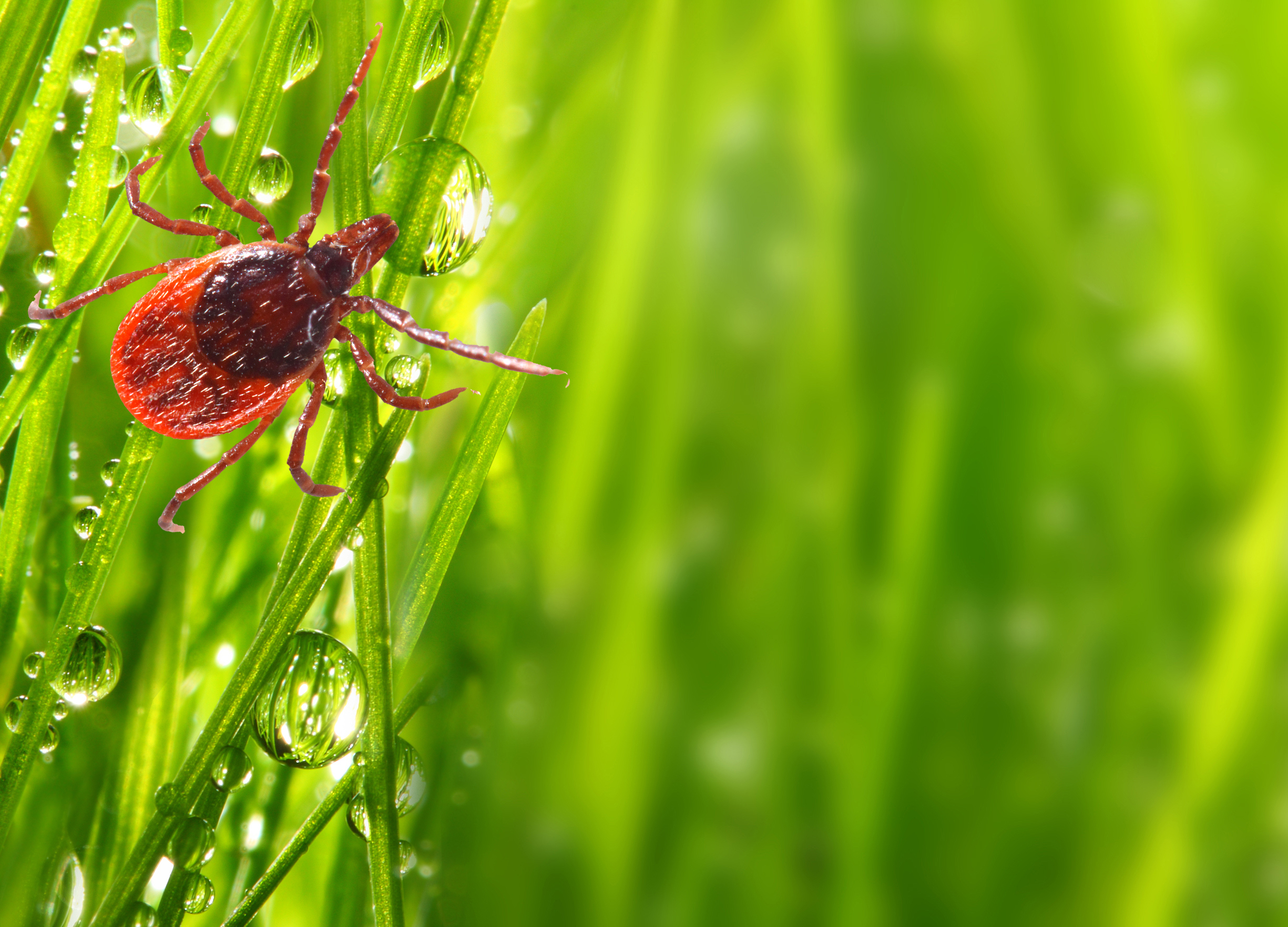 Lyme disease is a vector-borne illness caused by strains of a bacteria called Borrelia. The most common form of transmission is through the bite of a black legged tick. Flu-like symptoms and a bull’s eye rash are the most common symptoms, along with migratory joint pain.

The CDC estimates that about 300,000 people contract Lyme disease every year in the US. Numbers are an estimate only as this disease is underreported. This number is 6 times higher that those diagnosed with HIV/AIDS each year in the US!

Patients may not be diagnosed early because ticks can be as small as poppy seed and release an anesthetic when they bite you so you are numbed to their bite. Also, not everyone gets the hallmark rash which indicates Lyme disease. Read more about Lyme disease at our previous blog here. Because of those reasons, not all patients get diagnosed right away – making treatment more challenging. If you are never treated or continue to have symptoms after some treatment, you may be considered to have post-treatment Lyme disease, also referred to by some as chronic Lyme disease.

We know that ticks can carry bacteria that causes Lyme disease, but what else could these ticks be harboring?

Ticks are like the dirty needle of nature – they hop from one host to the next, picking up different viruses, parasites, and bacteria and these can be spread to their next host. In addition to co-infections where you are infected with more than one organism at the time of disease transmission, there are other infections you could be more susceptible to due to Lyme disease compromising your immune system. This leaves you more vulnerable to opportunistic bacteria, viruses, parasites and mold in your environment. This is one of the things that makes Lyme disease so complicated and confusing. Someone may not be responding to their Lyme treatments adequately because there are other infections present that aren’t being targeted by the regimen focused on Borrelia.

This is also why Lyme disease can look so different in different people. Based on which co-infections someone has, they may have a completely different set of symptoms than another Lyme patient. Also, having co-infections could mean more severe symptoms and a longer recovery.

Babesia microti is a parasite that can be transmitted by a tick. Symptoms of babesiosis can range from asymptomatic to life threatening. Symptoms may not develop for several weeks to months, or may not occur at all. Common symptoms are night sweats, shortness of breath, and racing heart. Other symptoms include fever, chills, fatigue, joint pain, headache, muscle aches, nausea, dark urine, enlarged liver or spleen, or jaundice. Decreased platelet counts and elevated serum creatine can sometimes be seen on lab tests.

Bartonella, also known as cat scratch disease, has been found in ticks. Different bartonella species can be transmitted by the scratch of a cat, cat fleas, sand flies or body lice. Bartonella can cause pain on the soles of your feet, swollen glands, sore throat, joint pain, and neuropsychiatric disorders like anxiety and rage.

Powassan virus symptoms include fever, headache, vomiting, generalized weakness, and can progress to meningoencephalitis. There is no specific antiviral treatment for Powassan virus, and patients should get supportive care.

Signs and symptoms of Anaplasmosis vary and may include fever, chills, severe headache, rash, malaise, muscle pain, and gastrointestinal symptoms such as nausea, vomiting, diarrhea, and anorexia.

Rocky Mountain Spotted Fever can be fatal if not treated within the first five days of symptoms. It can cause low platelet count, elevated liver enzymes, and low sodium levels. Early symptoms (the first four days) are high fever, malaise, severe headache, muscle pain, edema around eyes and on the back of hands and gastrointestinal symptoms. Early rash is usually flat, pink, non-itchy and initially appears on the wrists, forearms, and ankles. It then spreads to the trunk and sometimes palms and soles. Symptoms at 5 days and after include altered mental status, coma, cerebral edema, respiratory compromise, necrosis, requiring amputation, and multiorgan system damage. Late rash looks like red to purple spots (petechiae) and this is a sign of progression to severe disease. Treatment should begin before this type of rash develops. Some patients (about 10%) never experience a rash, so there is no need to wait for a rash before starting treatment.

Treatment for Anaplasmosis, Ehrlichiosis, and spotted fever group rickettsioses is usually doxycycline. Delay in treatment could result in severe illness or death, so clinical suspicion of any of these diseases is sufficient to begin treatment. It is not recommended to wait for test results.

Mycoplasma species are the smallest bacteria and have no cell wall which allow them to invade human cells easily and disrupt the immune system. Mycoplasma bacteria can cause autoimmune reactions, fatigue, joint and muscle pain. Mycoplasma pneumonia is frequently linked to symptoms of the upper respiratory tract and atypical pneumonia.

Herpes family viruses such as Epstein Barr Virus (commonly known as mononucleosis or mono), human herpesvirus 6 (HHV-6), and cytomegalovirus have also been associated with Lyme disease. Viruses like these can cause profound fatigue.

As you can see, there are a lot of overlapping symptoms in different tick borne infections. Some are more likely to cause acute life threatening issues. Others could persist since people tend to be initially asymptomatic and then go on to develop symptoms later on. It’s possible someone was never treated after a tick bite – maybe they didn’t even know they were bit by a tick. Or possibly someone was treated with an inadequate dose/duration of antibiotics or the wrong antibiotic for a present co-infection. Maybe opportunistic infections were able to take over due to a weakened immune system which has been fighting off pathogens. Perhaps a persistent infection that didn’t seem to cause too many issues has now affected your immune system causing autoimmune type symptoms.

Lyme disease is complicated because there are so many variables. The possibility of multiple infections can make things confusing. For less confusion and quicker results, consider working with a health coach to support your journey. Get in touch with us if you are ready to navigate your disease and reclaim your health!