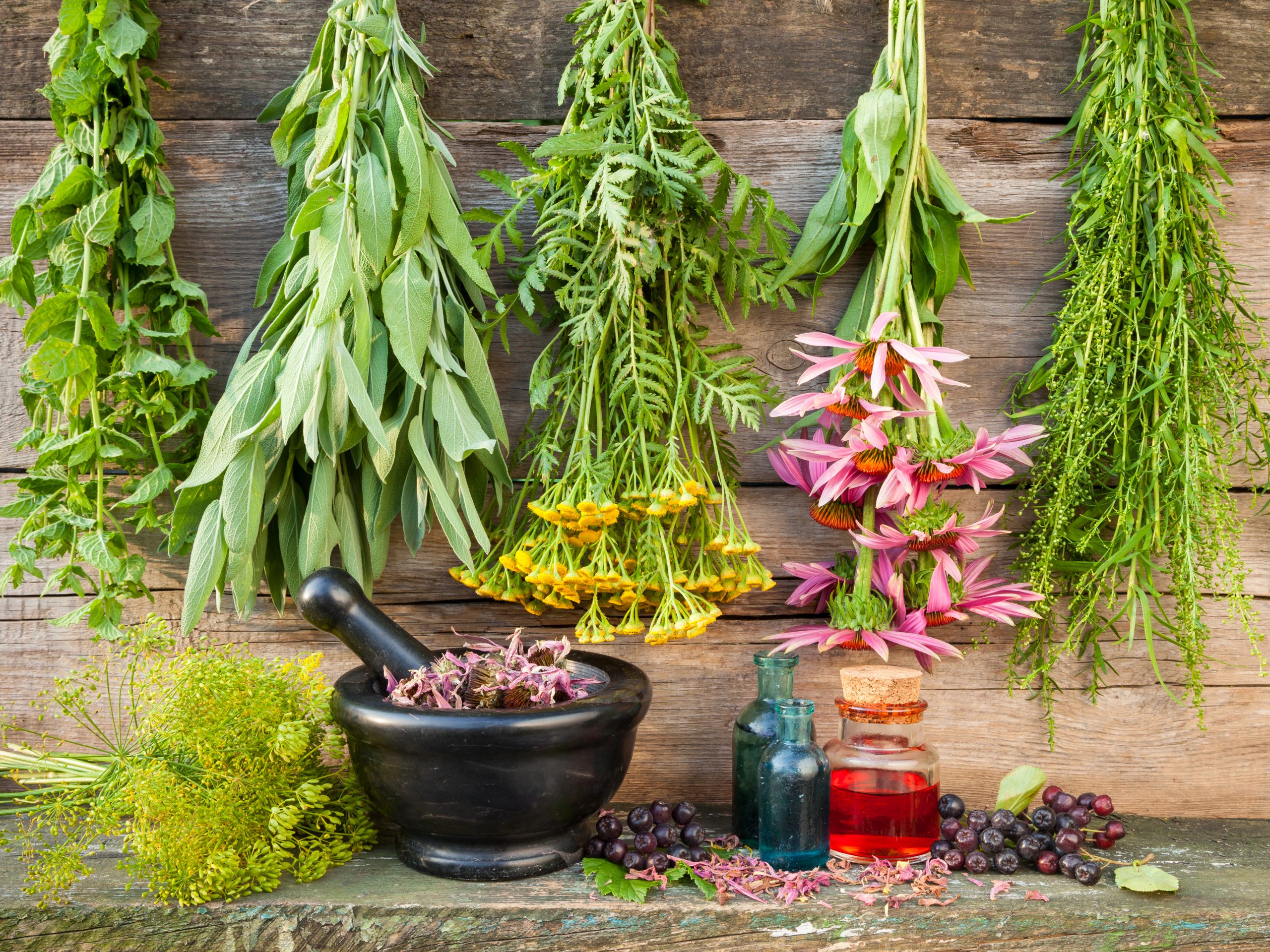 A new collaborative study conducted by researchers from Johns Hopkins Bloomberg School of Public Health and the California Center for Functional Medicine and FOCUS Health Group, Naturopathic reveals promising results in the battle against Lyme disease.

This study tested the efficacy of 7 herbal medicines against the Lyme disease causing bacteria, B. burgdorferi vs the efficacy of 2 traditional antibiotic treatments, doxycycline and cefuroxime. They found that 2 of the 7 herbal medicines performed better than the traditional antibiotic treatments—a discovery that, while requiring more research and development, holds therapeutic promise for thousands suffering from Lyme disease.

The 7 herbs studies were:

The 2 herbal medicines that proved to be the most successful against B. burgdorferi were Polygonum cuspidatum (Japanese knotweed) and Cryptolepis sanguinolenta (also known as Ghanan quinine). Both of these “showed strong activity against both growing B. burgdorferi (MIC = 0.03–0.06% and 0.25–0.5%, respectively) and non-growing stationary-phase B. burgdorferi.” (FrontiersIn, Evaluation of Natural and Botanical Medicines for Activity).

The real standout was Cryptolepis sanguinolenta (also known as Ghanan quinine), which, when used against B. burgdorferi, caused complete eradication while the antibiotic treatments did not.

Linda Giampa, executive director, Bay Area Lyme Foundation was quoted as saying, “Our hope is that findings from this study could point to new therapeutic options for doctors and their patients, and pave the way for clinical research to help patients with persistent Lyme disease.” (LymeDisease.org, Seven Herbal Medicines Can Kill Lyme Disease In Test Tubes)

It is exciting that more resources, money, and time is being devoted to researching herbal remedies and functional healing alternatives for Lyme disease and tick borne diseases. Too long has the emphasis been on the same antibiotic treatments that have, unfortunately, failed so many patients suffering from Lyme disease. These new findings offer the hope of new therapeutic remedies, and this success will hopefully inspire more research and attention to be shone upon the very serious problem of Lyme disease.

This article was written by Lyme Support. We know living with Lyme disease is complicated and there is never one simple answer. 1-on-1 guidance and practical, cutting edge solutions make the healing journey so much easier. If you are ready to make health, happiness, and hope your new normal, reach out to us! We offer personalized health coaching using a functional medicine approach.

Lyme Support can also refer you to hospitals in Germany and Mexico offering advanced holistic Lyme protocols. For anyone struggling with tick borne illnesses, a hospital that treats the body as a whole can elevate you to a new level of normal. If you’d like more information about these specialized hospitals, we can help schedule you in and provide education on treatments.

You can reach us via email at info@lymesupport.com or book a breakthrough call here –  https://calendly.com/christinelymesupport/breakthrough if you are ready to get clear on the next steps on your path to healing.