The Growth of Tick Borne Diseases 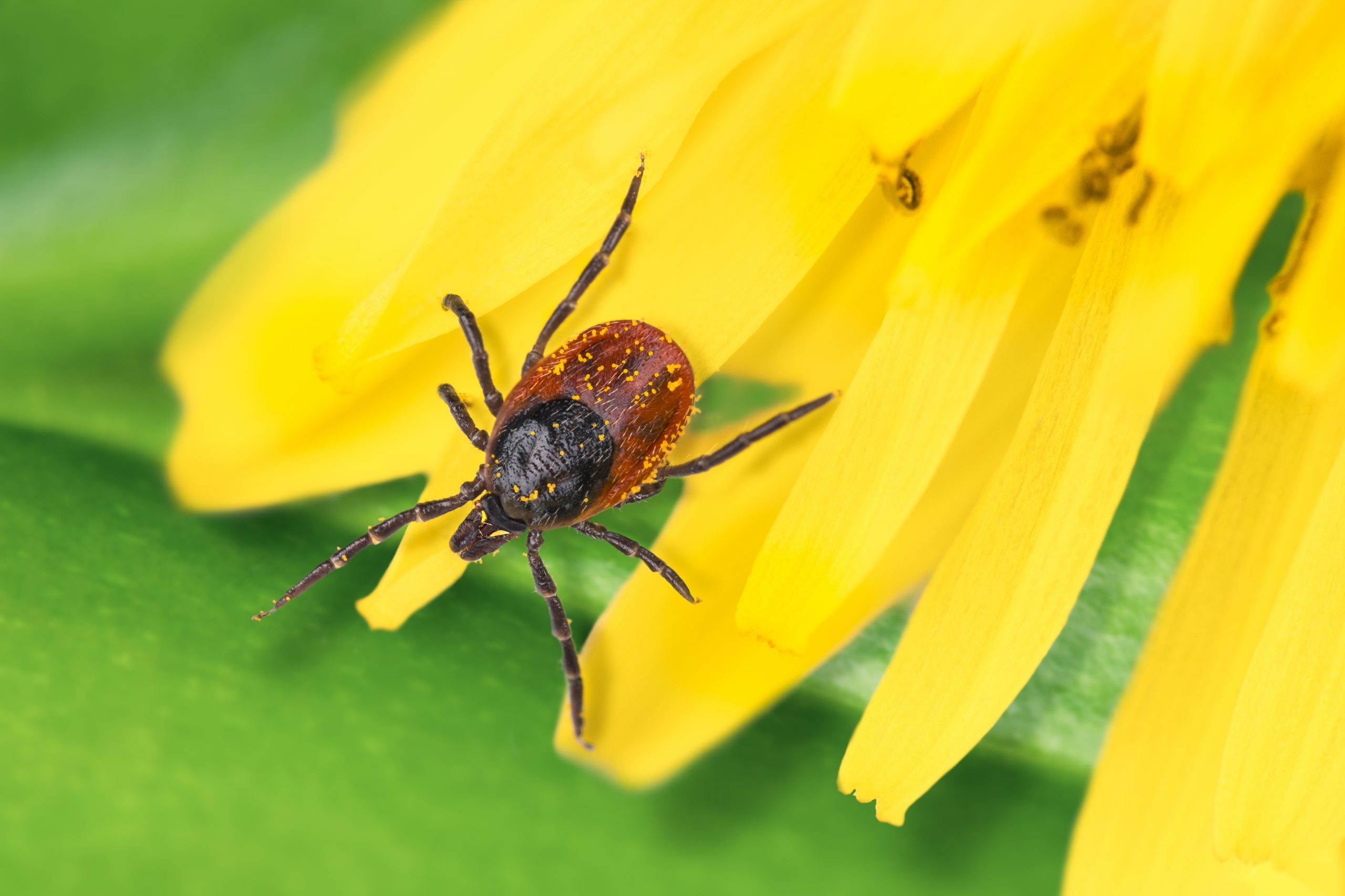 The number of US counties with blacklegged ticks, known as being responsible for most Lyme Disease cases, has more than doubled over the last twenty years. The northeast corridor of the US is no longer the only “hotbed” for blacklegged tick action.

And to make matters even worse, Lyme Disease is no longer the only threat. New diseases are being discovered from a variety of tick species throughout the US and Canada; the reported infections are growing exponentially and there are cases where people obtain multiple diseases from a single tick bite 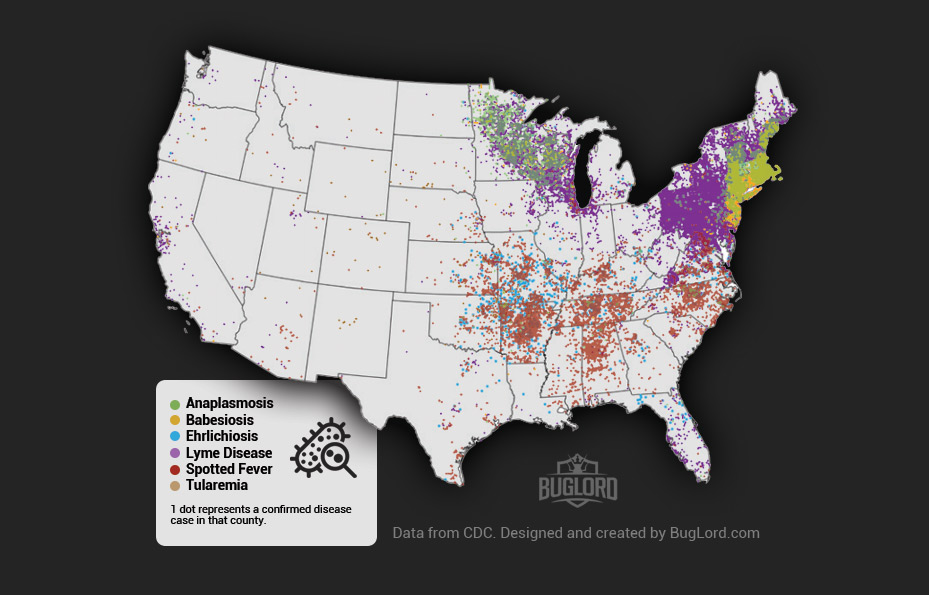 The chart below visually represents the growth of tick borne disease in the United States from 2009 to 2017.

All data is from the CDC. We elected to display data beginning in 2009 because this is when the CDC started recording both confirmed cases and probable cases. As you may know, confirming Lyme Disease is sometimes difficult – especially if the infamous bulls-eye rash doesn’t appear. 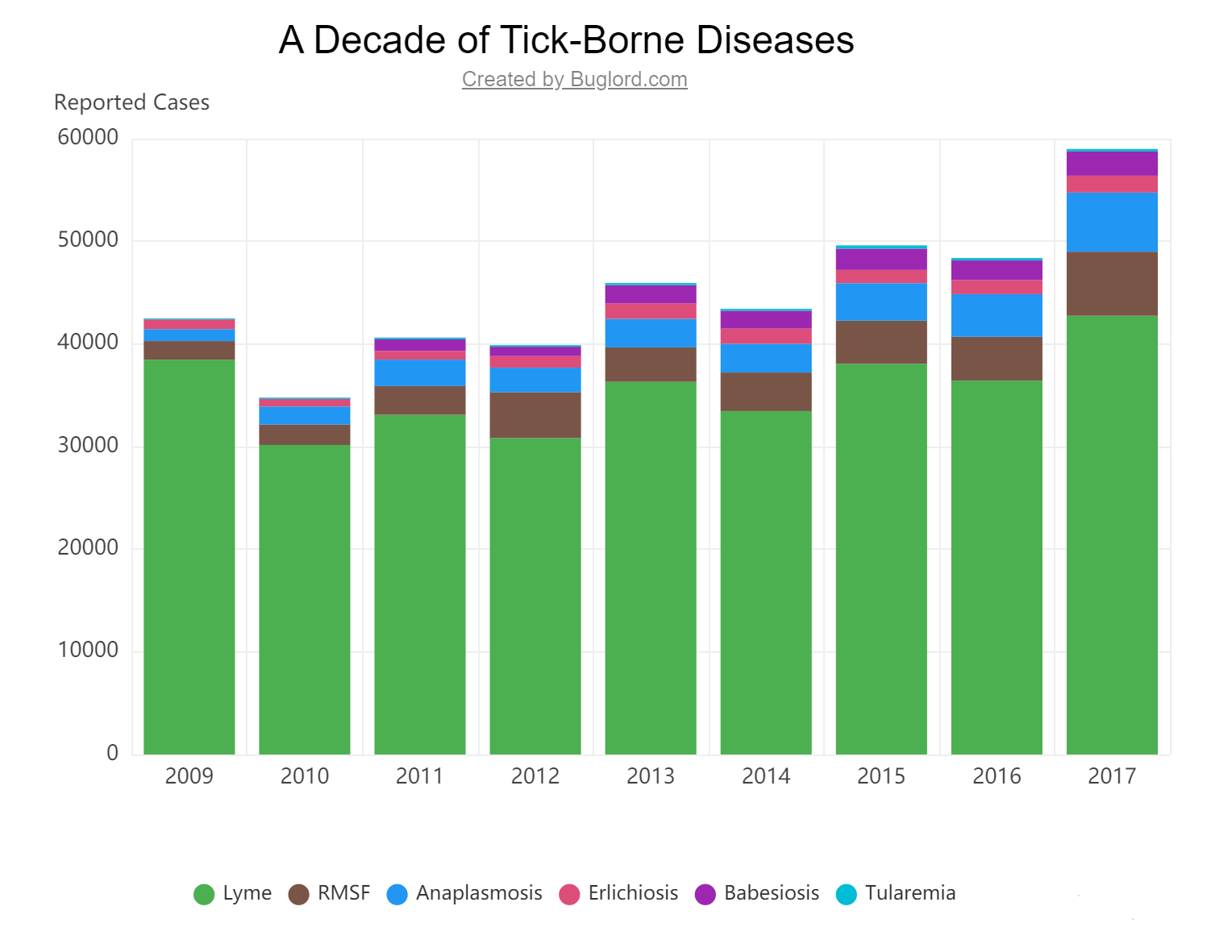 As you can see, Lyme Disease is the most common and continues to increase, but Rocky Mountain Spotted Fever and Anaplasmosis are an increasing problem, growing 244% and 396% respectively between 2009 – 2017.

While the diseases listed in this chart are the most common, there is a much longer list of diseases from ticks, many of which are rare but can be deadly. One that I would like to call out is the Powassan Virus, which is still rare (a reason we didn’t include it in the chart due to the small number of reported cases) but drastically increasing. Powassan Virus can cause a severe brain infection; 1 in 10 people with this severe virus die, and half of those who survive have lifelong complications. There are no vaccines to prevent or medicines to treat it. The only thing you can do is practice basic tick prevention.

In this infographic, we visually explain the geographical distribution of tick diseases in the United States and what type of ticks carry deadly diseases.

This article was written by Derek Gaughan and Alex Johnson of www.buglord.com. Here is Derek’s story: I was hospitalized over the summer of 2019 with Lyme Carditis – this is when Lyme disease bacteria enters the tissue of the heart and affects electrical signals. My symptoms began with a 103 fever, extreme exhaustion, and heart fluttering. 6 days later, and after two med-clinic visits who said it was a viral infection, the bullseye rash appeared. Thankfully, IV antibiotics started working within 2 days at the hospital and I’m feeling much better. Since then, I made it an effort to spread awareness of tick-borne diseases while also teaching homeowners how to effectively manage pest problems around their home.

For anyone struggling with a tick borne illness, a hospital that treats the body as a whole can offer a great deal of help. If you’d like more information about these specialized hospitals, we can help schedule you at a hospital and provide education on treatments. We strive to advocate for tick-borne illness by writing articles and speaking at conferences and support groups. Share you story with Lyme Support, where we understand your journey.